A Formula for Paleo Success 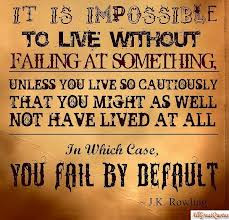 Millions of New Years Resolutions will be made today only to be broken by next week!  How do us humans manage to effect lasting change and can you really change your life?

For once, these words stopped me in my tracks making perfect, clear sense.  When we are looking to change our eating habits

"focus on what's in your control rather than the things that aren't.  If you tend to your own garden, the other stuff will come."

"If you tend to your own garden, the other stuff will come"

JE: One thing that can be useful when you're trying to change a habit is thinking more intelligently about control. So people in Alcoholics Anonymous remind themselves about what's in their control and what isn't. If you have a resolution, think of it as intrinsic rather than external. So resolve to make more of an effort to go on dates instead of saying, I'm going to find love. Because that's external, it's out of your control.
IK: Well, the inner goal is because you're in search of the outer goal. You're making an effort to go on dates because you're in search of love.
JE: But it's useful to focus on what's in your control rather than the things that aren't. If you tend to your own garden, the other stuff will come.

There are practical things we can do, practical action we can take to make change.  To tackle unhelpful eating habits take practical steps "to tend your own garden": clear out the junk food at home (give to neighbours, charity, homeless), buy in only the food that will help change occur, shake up our routines (walk to work, to school, carry big grocery bags to the car) and then "the other stuff will come".

Be patient and let what will unfurl, like the most exquisite bloom in the forest.  Just remember "to tend to your own garden and the other stuff will come"

There is a great community out here that has found lasting and profound change through eating a paleo diet.

Resolve to join us and make that change and make 2013 your best year yet!