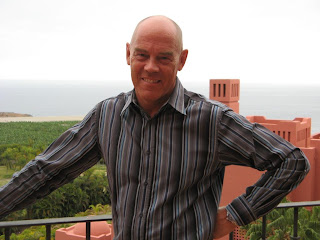 What on earth do I eat for breakfast?!!!

This was the most difficult meal of the day initially, because I had breakfasted on bananas and cereal followed by toast for practically the whole of my life! I rediscovered eggs! I discovered blueberries! And all the other berries too – they were right outside my cave and in plentiful supply, breakfast was solved – two boiled eggs and a handful of berries, perhaps a few nuts too. There is now no cereal, of any description in the house! At weekends I indulged, having more time, and made myself a full English but without the toast, fried bread or hash brownies. This remains my breakfast routine.

Once I had cracked breakfast and given consideration to the rest of the day’s dishes, I was flying. Always, in the back of my mind, was the thought about what was available to my ancestor, and, if it wasn’t available then, I avoided it as completely as I could. I stopped eating the ubiquitous biscuits at university meetings, laid off the sandwich lunches after meetings, chose very carefully at restaurants according to Paleo principles.

I have to say my colleagues think that I am weird. But that’s because they are still wedded to the standard mantra of having to eat bread with everything, or pasta, or potato. We are socialised into what we eat, when, and why, so it’s been interesting to challenge that within myself, but equally interesting to see the reactions of those around me, both work colleagues and relatives. The general reaction is ‘I could not give up bread.’ But then they also apparently can’t give up the cake and biscuits either! What has disappointed me is that these intelligent people, many of whom carry out research themselves, (and sometimes into nutrition! ) are not willing to consider the increasing body of evidence about the falsehoods surrounding the diet we eat. For this, I largely blame the media, who peddle the sensationalist, headline grabbing stuff, rather than the truth.

I continue with the swim and gym routine, although it had to go on hold for a while when I caught a nasty chest infection from the pool during the time of the Swine Flu scare. And do a lot of walking.

Lunch was easy – something left over from the night before (if I hadn’t eaten it for breakfast just to have something as a change to eggs), or a chicken breast, smoked Mackerel, a few slices of beef, raw mushrooms and a tomato or two.

Dinner is something like a beef, lamb or pork steak, salmon with bacon and black pudding with lots of vegetable but no potatoes. We don’t have a dessert during the week, but fall off the boat at weekend when I have fruit and ice cream, my great weakness!

Weekend meals follow the pattern of the week except there’s more variety but I have to adapt for my partner who is non-paleo. For instance we love meatballs and pasta. I prepare it in the usual way but with fresh raw mushrooms instead of pasta for me. The tomato sauce comes in the form of a carton of Sainsburys chopped tomatoes with Basil and Oregano heated up and poured over the meatballs, which are homemade with mince and an egg (breadcrumbs are not required at all). You may have gathered that I do all the cooking so don’t have to rely on trying to persuade anyone to cook me anything different, I do it all at source (‘scuse the pun!). Lunch on a Sunday is scrummy – Parma ham, prawns and melon with a side salad including lettuce, tomato, olives and nuts plus any other salad gear you care to mention, raspberries perhaps.

By the middle of 2009, I had lost the weight I had wanted to gradually and easily, only a stone, but that makes me 160 Lbs, same height! But I had noticed that I had more energy, my skin looked better and my bowels were more regular with improved consistency (sorry, it’s the nurse in me again!). I maintained that weight, except for a period in 2011 when I fell into a carbohydrate trap before and following Christmas, but am back to my target weight again. Christmas is surely the time of ultimate temptation and overindulgence! I don’t waver when we go on holiday I find it easy to maintain Paleo principles, especially around the buffet, because I know exactly which foods to target and which to avoid! And leave the dessert!

So here I am in 2012, aged 62 ( next week!) lean and fit and experimenting with intermittent fasting! As a caveman, there would have been days when I had failed to catch anything, and would have gone hungry, so I replicate that by fasting for the day. The experience has been fascinating – I wasn’t hungry, was more alert – all day! – and didn’t feel any loss of energy. I was surprised, as I had anticipated all of the above. I did enjoy my meal in the evening some 24 hours after I had last eaten.