Energy In, Energy Out 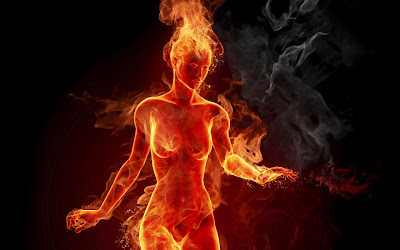 Energy in energy out (calories in-calories out) or eat less and exercise more is pretty much the standard thinking to lose weight right? Where did it come from? but more importantly does it actually hold water?

Latest research shows that in England over 60% of adults are overweight or obese. I don’t know about you but I don’t know anyone who wants to be overweight, let alone obese.  Let’s take a look at some of the current advice given on how to stay healthy and/or lose weight.

Typical Advice:
“If you need to lose weight, aim to lose about 0.5kg (1-2lb) a week until you reach a healthy weight for your height. You should be able to lose this amount if you eat and drink about 500 to 600 calories fewer a day than you need …..Combining these changes with increased physical activity is the best way to achieve a healthier weight..”
Are we sure about that? Think about it for a moment. Increase the body’s need for fuel at the same time as cutting down on intake? Hang on…is that possible? won’t you at least be hungry? Isn't that like putting less fuel in your car, driving it harder and expecting more from it?

If the above statement was at all true then why do we have an obesity problem at epidemic levels in the UK?    Well as we all know only too well there is something not quite right, something just doesn't sit, if it did there would be no issue with obesity, heart disease, cancer, Alzheimers. Maintaining a healthy weight and managing your general health and well-being would be a walk in the park. 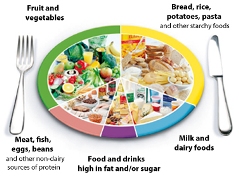 Before we consider the energy in energy out balance further, lets take a look at our Eatwell Plate promoted as 'healthy eating' in the .
What do you see? Sugar, cornflakes, Weetabix, white flour, bagels, white pasta, sugary baked beans, fruit in syrup, fruit & veg, fruit juice, battenburg cake, sweets, Coca-Cola: in short all of these foods equate to sugar when digested.


Of course this is very bad as it is these sugars that are mobilised in the body by hormones and converted to fat. Therefore contrary to what we are told it is in-fact sugar and not fat the makes us fat.

Not all food consumed is used to provide energy. Some calories from protein for instance are specifically coordinated to repair and build the body. Fat is used to manufacture hormones and bile acids plus essential fatty acids for the nervous system and brain. Thus Counting Calories, the fundamental base of almost all modern dieting is a complete wast of time.

Flaw 3
The common though narrow view that 'a calorie is a calorie' may comply with the first law of thermodynamics, however it is a huge mistake to conclude solely based on this as the second law of thermodynamics states that no machine (us included), is completely efficient.

Lastly to make things easier proponents of calorie counting have used the following data as a standard for calculating total calorie consumption:

All nice and cosy, if it works... Unfortunately it doesn't for the following reason.

Fat has various forms, corn oil, coconut, oil, dripping, lard, etc.
Animal fats like dripping actually provide 7.3 calories per gram, where as corn oil gives 8.5. As you can see there significant variation in the data. Likewise for carbohydrate and protein too, it is simply not that easy. We cannot put all forms of a one particular macro-nutrient into a single group and assign it a generic standard value.

The theory simply doesn't work. If it did, there would not be a problem with obesity!

Dietary advice changed in the early 1980’s moving away from “carbs are fattening” to “base your meals on starchy foods” and “eliminate saturated fat”. Open your eyes: do you see the connection with the current obesity epidemic? I don’t recall this level of obesity growing up, do you?

The prediction of the Foresight report is that 90% of our children will be overweight or obese by 2050. Do you want this for your children? Obese children become obese adults, that then become obese parents to continue the cycle, dare we say it...obesity becomes genetic.

Are we to continue on the present collision course with our own destiny? We would hope not, we need to change it fast. The key is to work with your body and never against it.

Eat real food. Eat as nature intended, eliminate refined carbohydrate, Paleo is possible. Get a little knowledge about what's causing you to be fat, robbing you of your health and well-being.


Take it from us, it’s not what you thought!

Email ThisBlogThis!Share to TwitterShare to FacebookShare to Pinterest
Labels: Adipose tissue, Blood sugar, calorie counting, Caveman Diet, Fats and oils, health and well being, Health food, Why We Get Fat: And What to Do About It, worlds healthiest foods, Yo-yo Dieting
Ilkley, West Yorkshire Ilkley, West Yorkshire, UK

I don't think there's a problem with the laws of thermodynamics and dieting - if all the energy and substances entering and leaving the body are accounted for correctly I would be pretty confident they would balance.

As for the 2nd law, that may limit efficiency but the "inefficiencies" still show up as energy flows that comply with the first law - a turbine with a lower 2nd law efficiency has a hotter exhaust, for example.

Have a Thermodynamic Christmas :-)