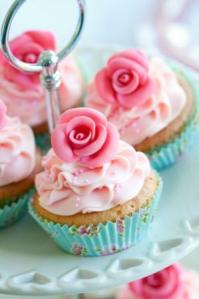 A host of studies this year have linked sugary and fatty foods to brain changes more usually seen with hard drugs.  Scientists say that the evidence is "overwhelming" with 28 pieces of research on food addiction published this year alone.

The article goes on to acknowledge Nora Volkow director of the National Institute on Drug Abuse in the US who said " We are finding tremendous overlap between drugs in the brain and food in the brain"  In one of the studies volunteers were shown images of their favourite treats.

The decision making area of their brains, the orbital frontal cortex experienced a surge of the pleasure seeking chemical dopamine - the same area activated in cocaine addicts shown white powder.  In another study images of milkshakes lit up the same brain regions that become active in alcoholics anticipating a drink.  These then are pathological food preferences.

What we need to challenge is the concept of these foods as "treats".  Evidence suggests that such "treats" cause tremendous damage to our bodies: what kind of a reward is that?  Paleoworks suggests that this too is a sign of an underlying trend in society to seek out immediate gratification and short term solutions to what can sometimes feel like overwhelming challenges.

Often times "treats" are  the secret addiction of choice of carers see here: Processed Food an Addiction of Choice.

The beauty of this "addiction" is that it allows you to function in your life (make pack-ups for the kids, take them to football practice, cook tea, visit our parents, hold down a job) which cannot happen when you are off your head on cocaine or whiskey or both.  But make no mistake: it is an addiction - the science is being done to show this but we know it ourselves anyway.  To break your addiction and lose your fat you are going to have to make some choices fast somewhere down the line.