Leap Of Faith (Or Indiana Jones & Me) 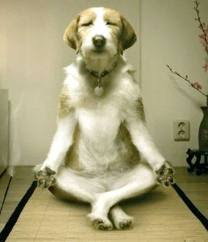 Often times, I notice people remarking on the perceived difficulty in transitioning to paleo from the standard diet (American or other).  Folks, it doesn't have to be hard!  There is no boot camp, no calorie counting, no meditation, no yoga, induction no phase I, II or III, no Jenni Murray style moans from the Daily Mail.

For me going paleo came out of a simple heartfelt desire to be strong and to live well and up to that point, it simply wasn't happening.  I read somewhere a quote from Candace Pert which shocked me:  your body is your subconscious mind.  This was picked up recently by Nora Gedgaudas at the Ancestral Health Symposium 2011 who wrote of her agreement to this and added that anyone who thinks their conscious mind is running the show is seriously mistaken.

If this is true then what I had called my life was filtered through a diet "screen" of unnatural junk, processed food and sugar.  My mind, my perception, my experience was coloured by this and seriously off.  In the end, there did not seem to be a choice.  I wanted change and something had to be done.  And with that single commitment within days, a GP friend of a friend entered our lives, referred us to the paleo diet and we began to move out of survival mode and we began to thrive.
Here's something that helped Mike and me...

In those early days we made a simple shake that could act as a meal replacement.  The main ingredients for this were heavy cream, raw egg, whey protein powder and a little sweet fruit.  Initially we used a sugar free syrup (raspberry flavour I think) that we found on the internet.  And it tasted thick and good and seemed to line the inside of my belly in a deliciously satisfying way..........a way I had not experienced for along time.

After a while I moved away from the shakes and dropped this as an item.  Mike moved in the opposite direction and began to experiment with wilder and wilder concoctions, having fun.  It worked for both of us.  It worked for me because it was a bridge between the old food world order and the new.  Do you remember Indiana Jones when he steps out into a void and a boulder appears beneath his feet which carries him to the next step and the next?  That's what consuming the shake did for me.  This was after all (for both Indy and me) a leap of faith.  Neither of us ever looked back.

Take what you can from this.  Challenge yourself to paleo even if you only take up the challenge for 30 days.  We are here to walk the journey with you.  Drop by and tell us what you would like from life - we'd love to hear from you!